Adding the contextual swing conditions in the 'polls plus' model produced the following result:

This would give the Conservatives a majority of 118 (correctly calculated this time, thank you to those on Twitter who noticed that I got that particular sum wrong!). Down on yesterday's forecast, but still very healthy and would constitute a solid vindication of Theresa May's snap-election gamble.

The graph below shows today's forecast moving back towards the initial result projected two days ago. 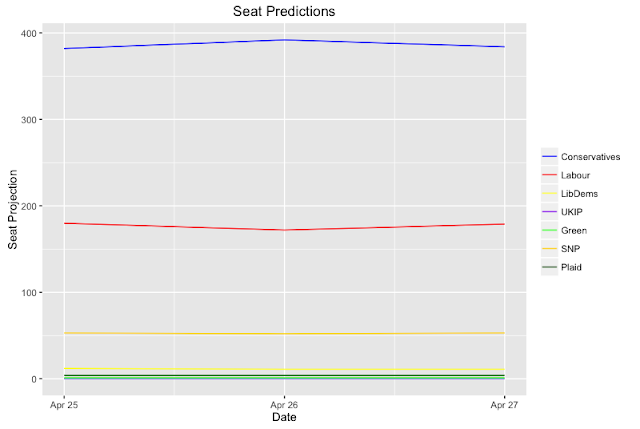 Labour need a very significant shift in the polls in order to prevent the Conservatives from achieving exactly this sort of result. Unfortunately for them, it does not appear to be forthcoming.